CAST SHADOWS!!!! UGH!!!! I always work with one light source. It is very consistent and can be very rewarding once you get used to it. I find that once I got the “hang” of it, I am now able to make anything 3-dimensional at any time. Some people have a difficult time imagining where the light is coming from and opt to set up the lighting in a studio setting. I was taught to learn to imagine it and as I have been teaching it to others I have encountered people who struggle with it. I went to a local art/craft store called Michael’s and found the forms in wood. I painted them white and did the exercise of setting up the forms and my lighting. The cost was about $10. I also invested in plaster forms because I teach. These were around $75, and are really big and heavy. I have a few photos taken of the plaster casts that show how one form casts a shadow onto another. The shadows will vary in shape as to the shape of the form the shadow is cast onto. Here are 3 scenarios of how cast shadows vary in size and shape depending on the form they are cast onto. 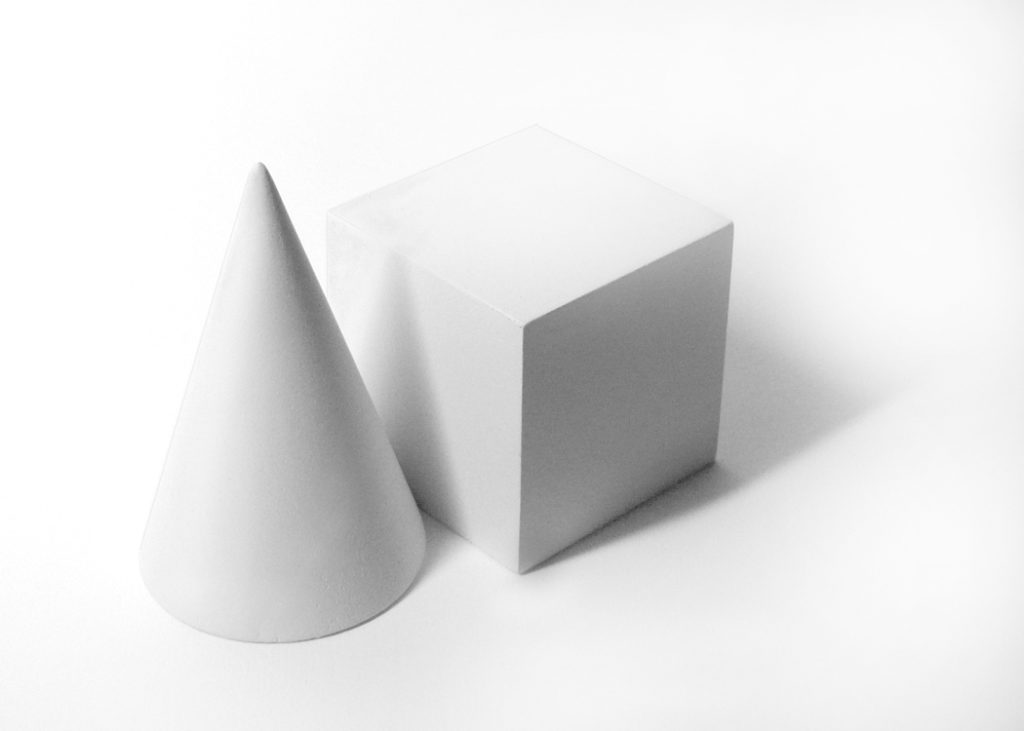 Here the cone casts a shadow onto the cube. The cube surface is flat so the shadow conforms to the flat surface. 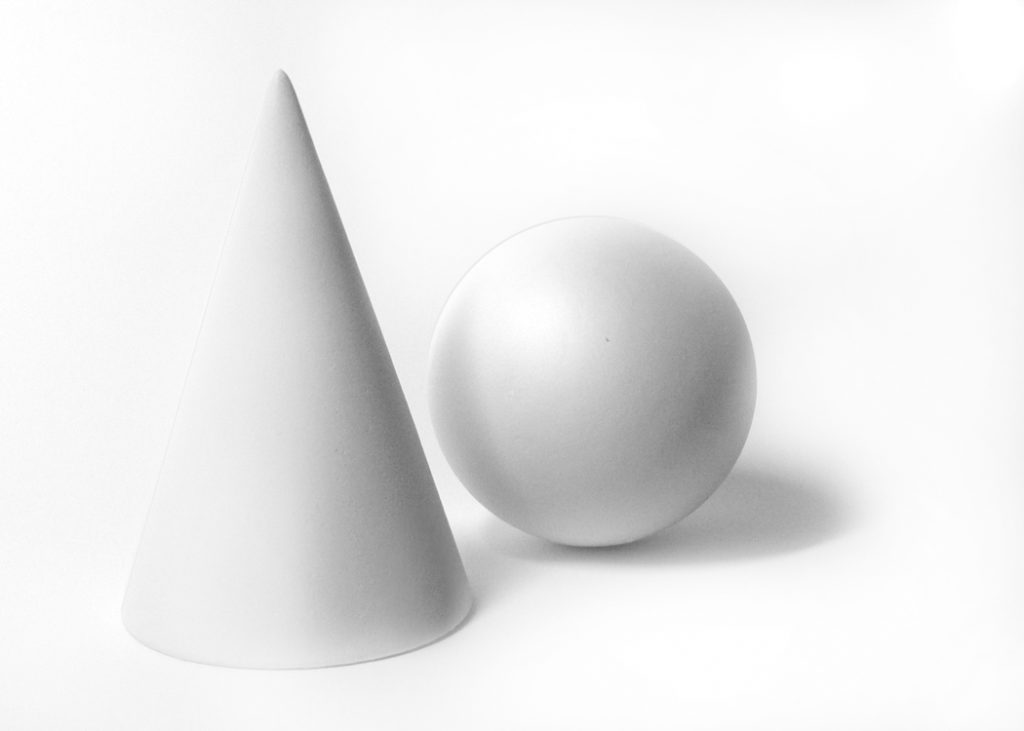 Here the cone casts a shadow onto a sphere. There is a slight space between the 2 objects and the shadow of the cone onto the sphere is curved to conform to the surface contour of the sphere. 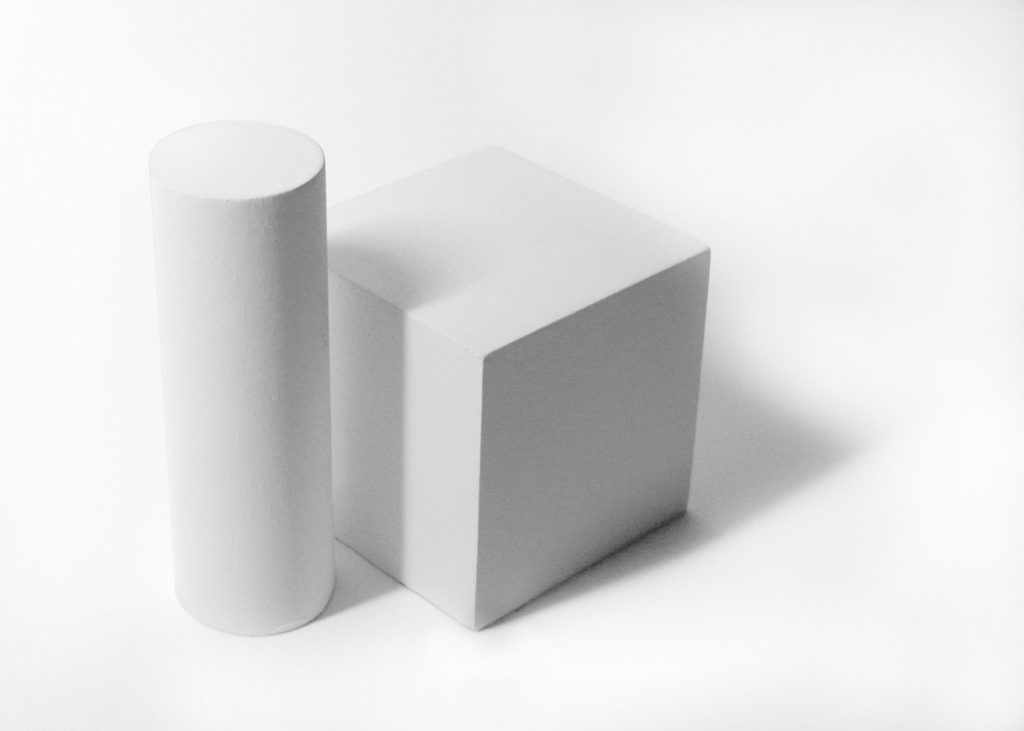 Here the cylinder casts a shadow onto the cube. The cylinder is taller than the cube so the shadow folds over and hits the top of the cube.

When in doubt try to set up your objects and lighting to better understand how cast shadows are affected by the direction of the light and the objects involved in the composition.