The Biggest Beetle EVER!

As many of you already know I LOVE bugs! Here is a favorite beetle I found while traveling in Costa Rica. It is a giant long horned beetle – Macrodontia batesi. It was 5 inches long! Most people are terrified when they see something this big because they think it will hurt them. This was a male beetle, noted by the elongated mandibles.  The word Macrodontia is from the Greek μάκρος (makros) meaning “long or large” and οδόντος(odontos) meaning “of teeth”. The males are usually larger than the females. They use their mandibles to fight off other males during the breeding season. The only danger they pose to humans is if you pick them up and stick your finger between the mandibles it will clamp down on your finger…… and it won’t let go! Here is a photo I took while in Costa Rica of this super cool bug and a painting I did of it afterwards when I got home. The painting is done in watercolor on calf skin vellum. The vellum had an irregular coloration and I thought this was interesting to work with. 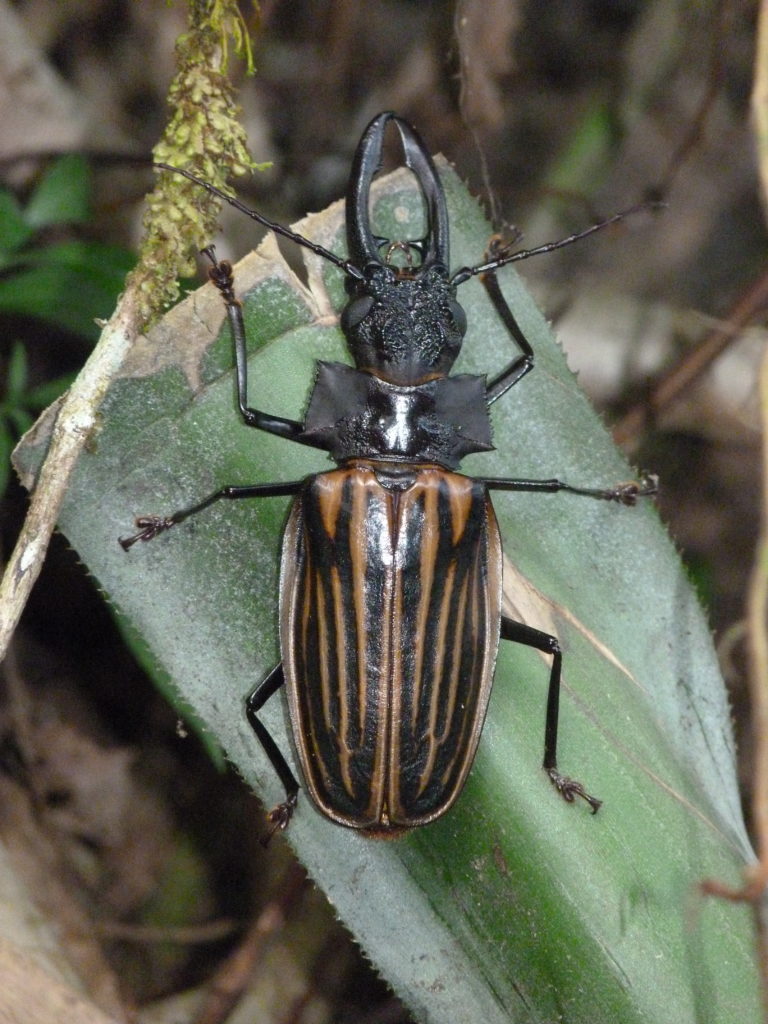 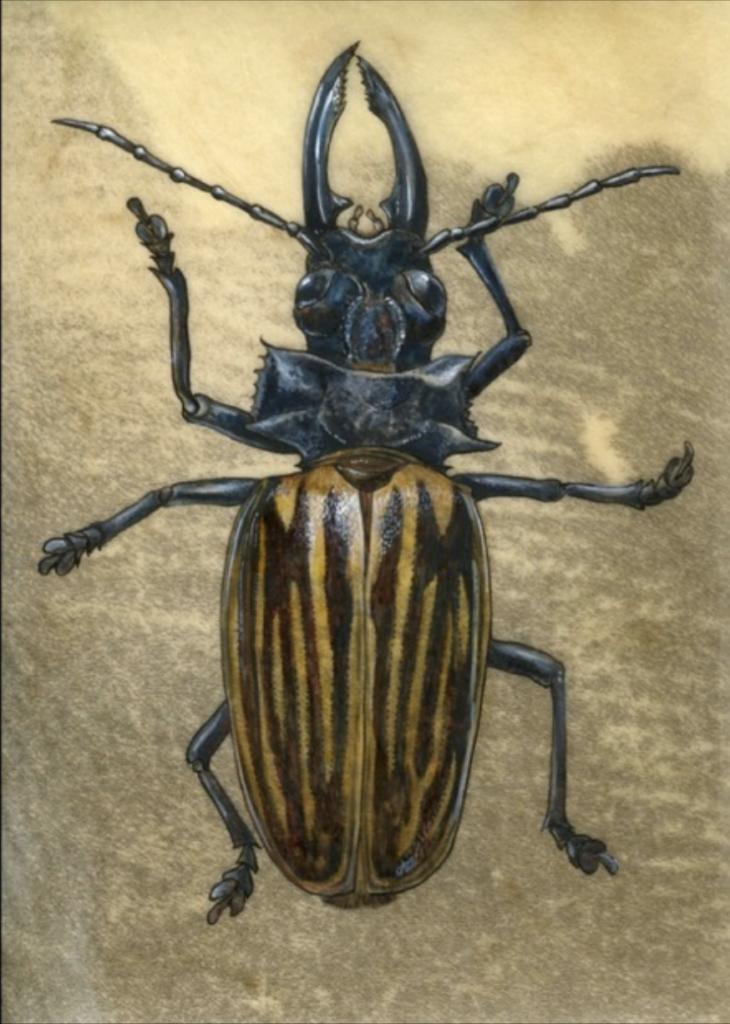 Interested in going to Costa Rica to paint, photograph and find cool bugs? We are going in February 2018. Click here to join us!