2021 is almost here! Many of you are wondering whether it is safe to travel to Costa Rica???

As of November 1, 2020 Costa Rica is opening the country to outsiders and that includes people from the USA. I have been in close touch with Holbrook Travel about protocols for traveling. Click here for some great information about how Holbrook and Costa Rican Tourism is handling the pandemic. There are good protocols set in place but also obstacles that could present some issues. I am hopeful with these protocols in place we can safely travel to this awesome location to Journey to the Heart of Creativity at the end of January 2021. Here is a sneak peek of an Oncilla named Tabu who lives in Costa Rica!

Oncillas are amongst the smallest of South & Central America’s wild cats.  They are often mistaken for an ocelot or a margay, but they are smaller. If you aren’t really paying attention you might think they are a house cat! They are highly solitary animals and only come together to mate. These wild cats favor forest habitats and inhabit a wide range of forest ecosystems, including cloud forests, dense tropical forests, and humid mountainous forests. Oncillas are considered Vulnerable (VU) on the List of Threatened Species. 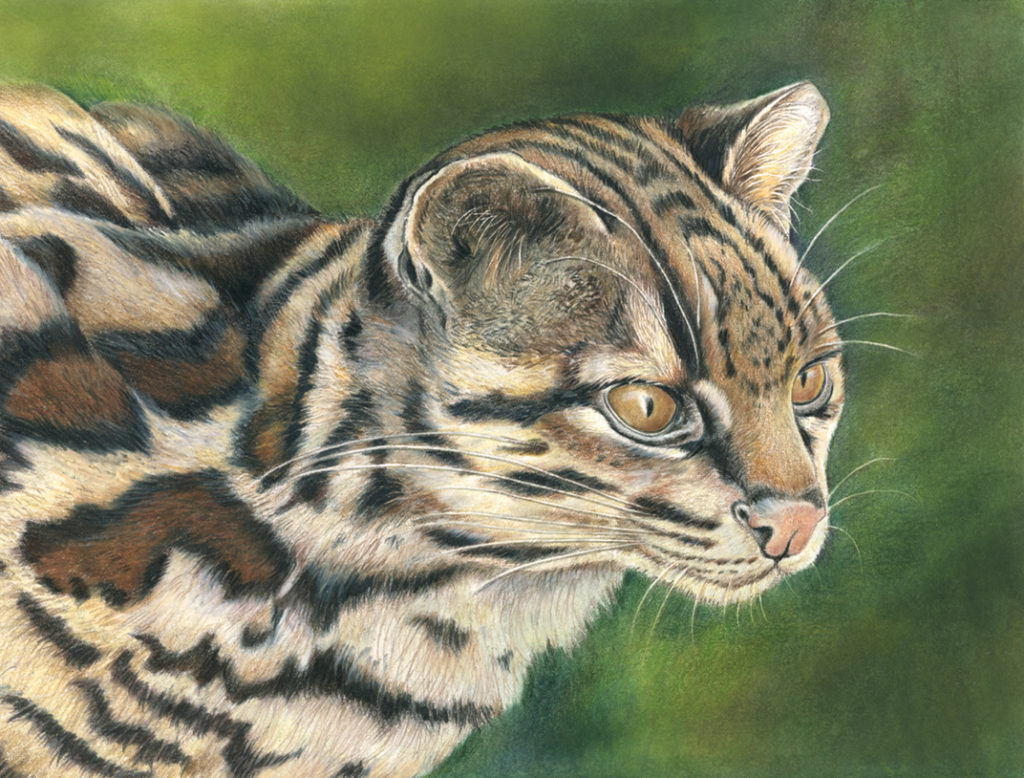 Tabu the Oncilla is a permanent resident at the Toucan Rescue Ranch in Costa Rica. ©2020 Mindy Lighthipe

What happens to wild animals that come in conflict with humans?

Wild animals who are exposed to humans are less likely to survive in the wild. They rely on humans for food and when released into the wild often raid farmers livestock for survival. Sadly, many animals end up getting shot or euthanized. This little guy is Tabu.  His name means forbidden and sacred. How cool is that? He was found in Cartago, Costa Rica in someone’s backyard looking for food. Wildlife officials evaluated him and found he was used to people. It is surmised at an early stage in his life he probably was poached out of the forest to become someone’s pet. As he grew into an adult he became larger and dangerous.  This is often the case for an animal that is not meant to be domesticated.  Rather than being released back into the wild, he became a permanent resident at the Toucan Rescue Ranch in Costa Rica. It is places like the Toucan Rescue Ranch that provide care and shelter for animals that would otherwise be euthanized.

Click here to purchase. This listing is for the original art. It is done in colored pencil and PanPastel on Stonehenge Kraft Paper. It is unframed. Shipping is free in the continental USA. Please email me for shipping costs outside the continental USA. 25% of the proceeds of the sale of this painting goes directly to TRR.

Want to meet Tabu? Join artist, photographers and nature lovers on a Journey to the Heart of Creativity in Costa Rica. If you want to know more about Covid19 Protocal for this trip click here.

Want to stay current on videos and blog posts? Subscribe to receive updates by clicking here.